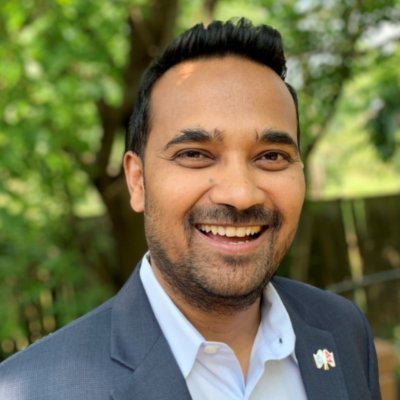 Ravi is a data and digital strategy leader. He is passionate about developing data-driven, open source and user-centered solutions to improve lives.

He serves as team leader for Data Use and Literacy Program at the World Bank, to deliver a range of activities to build capacity for data literacy and data use; enable data-driven decision-making; and democratize participation in the data revolution across low- and middle-income countries.

He volunteers for Code for Nepal, a non-profit he founded which has supported over a thousand youths to build their digital and data skills, and built a series of civic tech products.

The New York Times, NBC, and BuzzFeed have featured his projects. He has also published in the Huffington Post, and World Economic Forum.

He has been awarded several fellowships including as a member of the Asia Society's Asia 21 Young Leaders. He often guest lectures at universities and colleges.

In 2009, he co-founded Grassroot Movement in Nepal, a non-profit that has rebuilt more than 30 schools and provided income-generating skills training to women in rural villages of Nepal like the one he comes from.

He holds a Master of Science degree from Columbia University. He has a Bachelor of Arts degree from Buena Vista University where he volunteered on the President’s Advisory Council.

He lives with his wife in the greater Washington DC area, in a house powered by renewable energy.